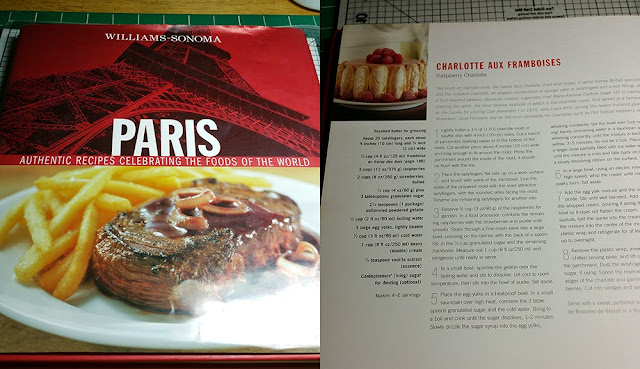 About ten years ago, I came across a Williams-Sonoma Paris cookbook at Costco, a mix of recipes, great photos and wonderful insight into Parisian cuisine.  I was intrigued and challenged by the Charlotte Aux Framboises, or Raspberry Charlotte, and decided to give it a go.  It was delicious but the bavarois (Bavarian cream) was a fussy component to make; not a favorite task.  Haven't made another Charlotte since; some recipes are best left to the professionals.  I'll look forward to one day enjoying a Charlotte slice made by a patissier somewhere France :^)


The appearance of the miniature Charlotte is based more or less on what I remember of the one I made versus the book photo.  The finished bavarois had specks of raspberry pulp that passed through the sieve while in the process of making the raspberry brandy coulis.

Each raspberry was built from scratch, by covering a polymer clay base formed on a toothpick tip with tiny clay spheres formed by hand.  My initial efforts in March 2010 were clumsy and the base was left exposed in the underside of the berries.  Practice and repetition brought improvements.  It's a tedious process, but I've yet to develop a quick technique for a realistic raspberry.  Shortcuts like molding will speed up production but it doesn't work for me; I'm terrible at making molds and cleaning up pieces takes more time and effort than building or sculpting from scratch.

If you're in the mood to zone out while listening to your favorite music for hours on end, make raspberries ;^)

Wishing you an enjoyable weekend... 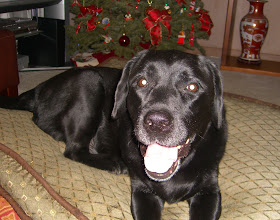